Opinion: The true cost of the new real estate tax

This week, the B.C. government introduced a new 15-per-cent tax on all non-citizen and non-permanent-resident buyers of residential real estate in Metro Vancouver. Macdonald Realty opened its first office in the Kerrisdale neighbourhood over 70 years ago. Though we now have 20-plus offices and 1,000 staff and agents, the heart of our organization is still in Vancouver.

We understand that the government felt the need to take concrete action to curb speculation and related price inflation. We understand also that the increase in real estate prices over the last few years is a topic of much concern to many Metro Vancouver residents. That said, we do take strong issue with the retroactive nature of this new tax. Specifically, that it applies to all transactions that close after Aug. 2, regardless of when those contracts were entered into. This will have profoundly negative consequences for many Canadian families, who weren’t the intended targets of the tax.

To highlight the consequences, let us give you a few real-life examples.

One of our clients is a new immigrant family in the process of moving to Canada. They have both children registered for school — their daughter will be studying English literature at the University of B.C. in the fall. They have already entered into a firm deal to buy a resale home priced at $765,000 (from a Canadian seller), but since the sale closes after Aug. 2, they are now looking at a sudden $114,750 increase in their cost — on a firm and binding contract. This is neither just nor reasonable. 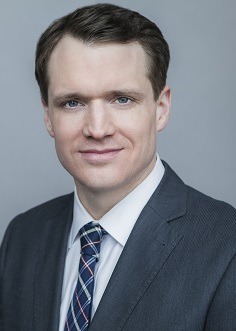 Our second example involves a Canadian family who recently listed their home for sale in Surrey. They have a firm deal with an immigrant family for $480,000; however, that deal is now in peril, because the buyer’s cost just went up by $72,000. The sellers, as Canadian citizens, weren’t meant to be the subject of this tax, but now it has placed their financial lives in jeopardy.

The Canadian sellers in both examples point to a broader reality: the knock-on effects of this tax throughout the Vancouver real estate market that could be immensely damaging for many Canadians. Real estate is traditionally a linked economic activity. Once they have a firm deal on their property, many sellers promptly go on to buy their next home. If foreign buyers begin defaulting en masse, we could see a contagion scenario wherein a single default by a foreign buyer will result in many more defaults by Canadian buyers. In addition, the resulting flood of lawsuits from these defaults could overrun the court system. We believe that the government has not anticipated this very likely scenario.

There is a prevailing impression that all foreign buyers are big-moneyed cash buyers. But the reality is that there are many more hardworking, middle-class immigrant families who are stretching themselves in order to get a foothold in the Vancouver market and give their families a better life. It is very reasonable that some of these families will not be able to afford an additional 15-per-cent tax that was neither anticipated nor budgeted for. For many, their only option will be to default on their purchase and lose their deposits.

Once again, while we do not necessarily agree that the government’s move to implement a foreign-buyers’ tax is the most effective means of addressing affordability, we do understand the immense public pressure to respond to Vancouver’s escalating house prices. However, the punitive nature of the tax’s implementation will cause immense — and completely unnecessary — damage to Canadian families, with no discernible benefit.

Premier Christy Clark expressed concerns that grandfathering would create a run on the market, but this could easily be avoided by only including contracts that were agreed to before July 25, the date on which the tax was announced. Imposing a 15-per-cent tax while exempting existing contracts will achieve the government’s goals without financially imperiling blameless Canadian sellers. In the strongest possible terms, we urge the government to reconsider their position.