The Chinese government crackdown on capital flight from that country has combined with the 15 per cent foreign buyers’ tax on residential properties to dampen buyer demand in Vancouver’s sizzling real estate market.

But two senior executives at Macdonald Commercial, a real estate brokerage firm that monitors Chinese investment in Canada, say that the Chinese real estate investment slowdown will likely be a short-term trend.

“My sense is that it’s more of a struggle for Chinese investors to send funds from China now, but we are still seeing some significant income and land deals being done in Metro Vancouver,” says Tony Letvinchuk, managing director of Macdonald Commercial.

As an example of China’s abiding interest in our region, China Minsheng Investment Group recently purchased Grouse Mountain ski resort for an estimated $200 million. An unidentified banker said that Minsheng had been searching for a year throughout Canada for investments.

As well, several other significant state-related Chinese companies have set up shop in the city over the past year and are quietly buying up real estate around the province, despite the official policy, says Dan Scarrow, head of the Canadian Real Estate Investment Centre and Macdonald Commercial’s representative office in Shanghai.

Chinese foreign investment outflows — which have fallen from nearly $1 trillion in 2016 to $126 billion so far in 2017 — will continue to play a key role in Vancouver real estate in the long term, he said.

He noted that despite attempts to control capital flight, the Chinese government is simultaneously nudging the country into economic superpower status, a process which necessarily involves diversification of global investment over the long-run.

END_OF_DOCUMENT_TOKEN_TO_BE_REPLACED

Winding up a Strata Corporation

One year ago new amendments to B.C.’s Strata Property Act came into effect.   The new rules made it easier to cancel or “wind up” a strata corporation by reducing the voting threshold from unanimous approval of all owners to 80% approval.  The original requirement for unanimous approval made most wind ups all but impossible since, for example, a single owner in a 100 unit strata building could hold up the whole process even though 99% of the owners were in favour of a wind up. 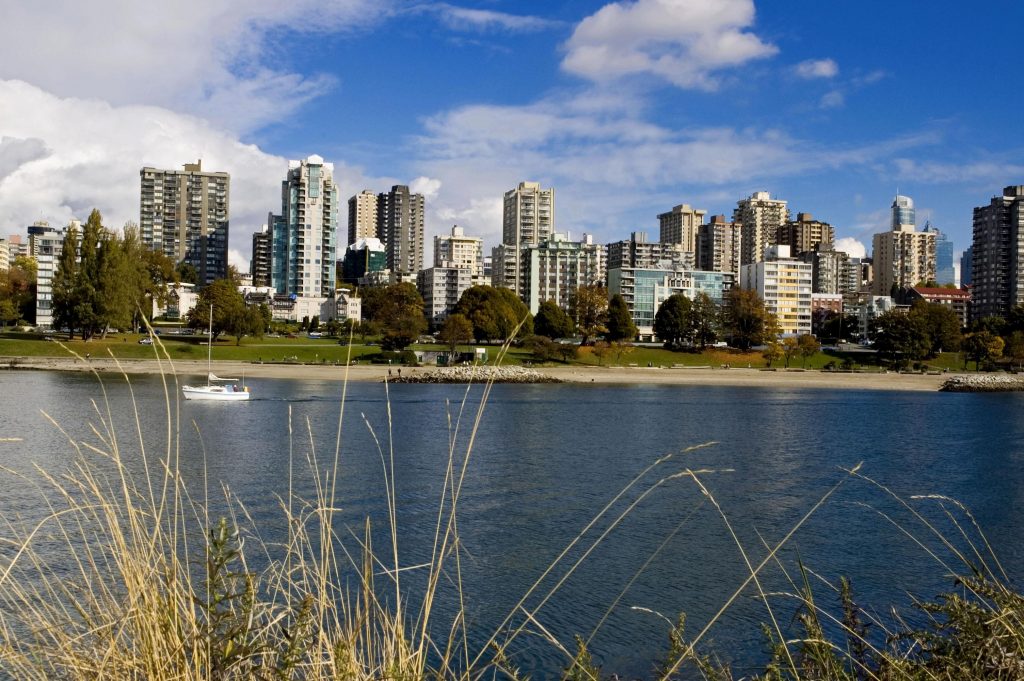 As a result, the owners of more and more older strata buildings are voting for a wind up.  There are a number of reasons to do this:

However, winding up a strata corporation is a very complicated, time-consuming legal process requiring input from experienced commercial real estate brokers and lawyers.  At Macdonald Commercial we have a team of specialist brokers who work with strata corporations on wind-ups.

Some key points to consider if you are an owner of a strata corporation and considering a wind up:

END_OF_DOCUMENT_TOKEN_TO_BE_REPLACED

Claire Wyrostok, owner of popular Vancouver vegetarian restaurant Black Lodge, wonders how long it will be until Vancouver’s hot real estate market pushes her out of business. In the four years that Ms. Wyrostok has been at her current location, on Kingsway just off Fraser Street, many of the buildings in her strip have been sold and property values have more than doubled. Since Ms. Wyrostok’s three-year lease came up for renewal in March, she says the landlord is allowing her to rent only month to month.

“Every day I don’t know if I am going to get a notice with 30 days to get out,” Ms. Wyrostok says. “Our business is done,” she adds. “You develop a business to make it bigger, but we can’t expand, and we can’t sell our business. Our business has no value on paper, because the asset is the lease.”

And some, including Tony Letvinchuk, managing director for Macdonald Commercial Real Estate Services, believe that the foreign-buyer tax on residential purchases will play a role in driving the market, which is generally perceived as a balanced mix of local and foreign buyers.

“There’s no question that the additional 15-per-cent property purchase tax will motivate foreign entities – being those who are not Canadian citizens or permanent residents – to consider purchasing commercial properties located in Greater Vancouver, where such transaction tax does not apply,” he says.

END_OF_DOCUMENT_TOKEN_TO_BE_REPLACED

Vancouver’s sky-high real estate prices are changing the shape of its retail districts – with pricey neighbourhoods feeling some pain, and formerly neglected pockets of the city getting a boost.

Several long-time businesses on the city’s expensive west side are either closing down or moving as retail strips transform under the pressures of rent and tax increases, redevelopment and a shifting demographic. The shopping strip along West Broadway, in the once-trendy heart of Upper Kitsilano, suddenly has vacant storefronts. Long-time shops are moving or shutting down.

“There is something wrong with West Broadway – an unprecedented number of businesses are closing their doors,” said Marion Jamieson, director of the Upper Kitsilano Residents Association. “I think the kinds of issues we’re facing in the residential areas of gentrification are also having an impact on commercial areas.”

END_OF_DOCUMENT_TOKEN_TO_BE_REPLACED

The Impact of Asian Investors in Vancouver | Globe and Mail & BNN

Macdonald Realty is mentioned several times in a Globe and Mail article published this morning on the impact of Asian investors on the Vancouver housing market.  See a repost of the full report below including comments from Dan Scarrow, VP of Corporate Strategy for Macdonald Real Estate Group.

One of the largest real estate companies in British Columbia says that more than one-third of all the single-family detached homes it sold last year went to people with ties to mainland China.

Macdonald Realty Ltd., which has over 1,000 agents and staff in B.C., said 33.5 per cent of the 531 single family homes sold by its Vancouver offices in 2013 went to people who the company said were a mix of recent immigrants and Canadian citizens.

Those buyers, the company added, tended to spend more money, too, with the average cost of a house sold to these clients topping $2-million, compared to $1.4-million on average overall.

The figures did not include Macdonald’s sales in suburban areas such as Richmond, Burnaby or North Vancouver.

“This is our snapshot of Vancouver,” says Dan Scarrow, vice-president of corporate strategy at Macdonald Realty.

The information is based on reports from the firm’s sales, anecdotes from its agents and Mr. Scarrow’s own experience working with mainland Chinese clients, and it’s a glimpse into the influence of mainland Chinese money on Vancouver’s real estate market, which is considered among the most expensive in North America.

Vancouver has been flooded in recent years by tens of thousands of investor-class immigrants from mainland China, who have seen the west coast city as a stable – and picturesque – place to park their capital in luxury property.

That has helped drive up the average price of a single-family home in Vancouver to around $1.2-million.

Mr. Scarrow, who noted the firm does not query buyers about immigration status, believes that investment flowing from mainland China into Vancouver real estate is a quantifiable phenomenon, but has not personally seen much of the more controversial type of buyer: Those from abroad who buy for investment purposes but never live in the city. “We still see very few pure investors from China who have no connection to Vancouver,” he says.

Getting a handle on foreign buyers is difficult and Macdonald’s survey is far from exact – though one major property developer in Richmond said “that sounds about right.” The federal government does not collect meaningful data on the number of foreign buyers purchasing Canadian real estate, leaving industry participants to debate the impact of foreign capital on the local market. And that debate has gotten heated recently, with some developers accusing others of racism and criticizing those who want to slap curbs on foreign investment. The issue is complicated by the fact that some of Vancouver’s ethnically Chinese-Canadian citizens with ties to Hong Kong view newer immigrants from mainland China with a degree of suspicion, assuming their wealth might have been accumulated in part by proximity to China’s Communist Party, rather than in a free market with the rule of law like Hong Kong.

The lack of hard data has also complicated discussions about the city’s affordability crisis and fuelled a local cottage industry where analysts attempt to decipher the scope of foreign money by looking at things like electricity usage in downtown neighbourhoods where some suspect foreign buyers have bought condos in which they never live.

“People always say there are no stats. Well, here are the stats,” says Mr. Scarrow. “This is actual evidence.”

There have been some reports and statistics about the scale of foreign money in Vancouver real estate before, but few have been conclusive – and none have settled the debate. One Sotheby’s report based on a survey of its agents found that 40 per cent of the luxury properties it sold in Vancouver were to foreign buyers – but not all of them were from China. Many developers trying to downplay fears about Chinese investment cite a statistic showing that only 1 to 3 per cent of Vancouver real estate purchases are “foreign” buyers – but, as is the case with Macdonald’s sales, many more expensive homes are still sold to people based here but who have come, at some point, from mainland China. A 2011 study by Landcor Data showed that 74 per cent of luxury purchases in Richmond and Vancouver’s expensive west side were by buyers with mainland Chinese names.

Mr. Scarrow says his company is “indicative of the overall market,” since his firm has some real estate agents who target overseas Chinese buyers, but is also firmly oriented toward domestic sales, unlike other real estate firms that deliberately target Chinese buyers.

At the same time, Mr. Scarrow and Macdonald are so bullish on the potential for Chinese investment that he is spearheading the company’s efforts to open an office in China. “While there is very little data about foreign investors in Vancouver real estate, our own internal data is enough for us to commit to investing in a representative office in Shanghai,” said Mr. Scarrow, whose mother Lynn Hsu, who came from Taiwan in 1979, is the majority owner and president of Macdonald.

Others remain unconvinced – not about whether there is an influx of Chinese money, but whether the flow of foreign capital will continue unabated.

Richard Kurland, a Vancouver immigration lawyer who works with wealthy Chinese immigrants, believes Vancouver may see a slowdown in foreign investment. He said some wealthy Chinese buyers might get anxious and sell off second properties because of the current crackdown on corruption in China.

In meetings with top real estate agents earlier this year, Mr. Kurland predicted that luxury residential real estate could drop in value by as much as 25 per cent as foreign investment dips. As evidence, he points to July real estate figures that showed 106 homes for sale on the west side in the $3-million to $3.5-million price bracket, and just nine sales, compared to 73 active listings and seven sales during July of 2013.

Originally published by The Globe and Mail on Friday, August 22, 2014.  Written by IAIN MARLOW.